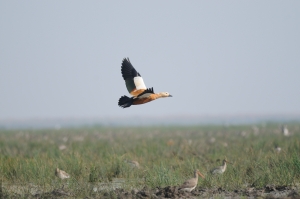 (CHARAIVETI  is a sanskrit word that means “move on”).

Travelling, both religious and secular, has been an integral part of Indian culture that encourages one to step out of the home and enlighten himself with the practical teachings of the journey.

My first travel had been to Puri, a popular sea beach some 500 km away from my hometown Kolkata, on my 2nd birthday. the next was to Varanasi, one of the oldest living cities of the world, at the age of 3. and next year, it was to the Himalayan hill station of Mussoorie.

Son of a railway-man who, along with his family, had the privilege of free transportation to anywhere within the Indian Railway, the frequency of my travels kept on rising and eventually turned me into a CHARAIVETI addict! The mesmerizing wonder of travelling that begun with the first-ever  view of a roaring sea at the age of two, still enchants this wanderer after decades of travelling through the incredibly diverse cultures and natural phenomenons of India.

Posted by anindyamajumdar on June 6, 2012 in Uncategorized